Neoproterozoic-Cambrian structures as a guide to the evolution of the Bambuí karst in the Vieira river basin, Montes Claros, North of Minas Gerais, Brazil 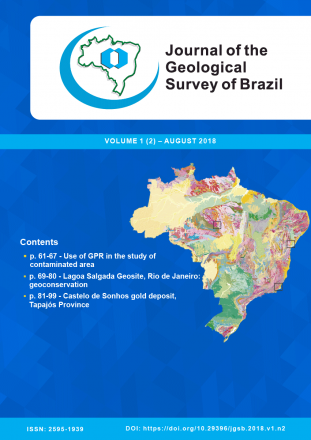 Neoproterozoic-Cambrian structures as a guide to the evolution of the Bambuí karst in the Vieira river basin, Montes Claros, North of Minas Gerais, Brazil

The Neoproterozoic-Cambrian deformation imposed on the rocks of the Bambuí sedimentary basin, in the northern region of Minas Gerais, generated a system of folds, faults and joints. These structures were studied on a regional (1:100,000), semi detail (1:50,000 and 1:25,000) and detail scales in the maps of caves (1:100). Based on these studies, it was concluded that in the region there is a cropping karst (epigenetic) in the limestones of the Lagoa do Jacaré Formation and another non-outcropping (hypogenic) in the limestones of Sete Lagoas Formation and that the main structures that controlled its development are the folds, joints (F1 and F2) and bedding (S0). The F1 joints have NNE-SSW direction, are parallel to the front thrust and to the folds’ axial planes, control the geometry of the surface drainage network, are the main directions of the rock faces of the limestone massifs, the karstic valleys and the conducts of the studied caves. Whereas the F2 joints have WNW-ESE direction, are perpendicular to the F1 family, control the surface drainage network and the directions of the cave conducts. The intersection planes between the bedding and the joints and/or among different joints is what defines the geometry of the karstic features in the area. The F1 joints also coincide with the direction of the normal fault that controls the São Francisco river direction in this region. The faults, which are the deepest structures, can function as a connection among the different aquifers of the area, including the recharge of the non-outcropping karstic aquifers of Sete Lagoas Formation.